Notes On History
You’d Think Being Remembered Would Be a Perk of the Office
Rutherford B. Hayes. James G. Blaine. Chester A. Arthur. One of these three men was never President of the United States (though he wanted to be), but most Americans wouldn’t know which one. Today we’re going to look over the post Civil War presidencies and look at why we just don’t remember these men. Even the one with Mutton Chops
(review, feed) 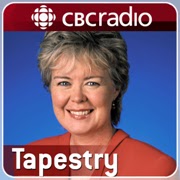 Tapestry
Irshad Manji
Irshad Manji has been inspiring - and infuriating - people with her thoughts on Islam for the better part of the last decade. And with the release of her second book, Allah, Liberty and Love, she is continuing along her path of what she calls her "dare-devil expedition".
(review, feed)

This is a guest post by Owen from Podcast Reviews. Many thanks to Owen for his contribution.

In "A Quiet Mind", host Robert Jackson documents his journey from a corporate employee to a full time truth seeker on a quest for a simplified, spiritually fulfilling life. (feed) 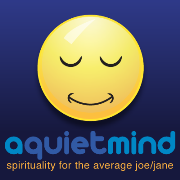 Robert shares his thoughts on a range of topics related to mindfulness, awareness, meditation and positive thinking with practical advice from a largely Eastern viewpoint on how anyone, regardless of occupation or location, can better achieve a quiet mind. Robert has a comforting, compassionate tone and speaks at a leisurely pace which complements the subject matter and gives the listener time to reflect on these deep universal issues.

Personal favourite past episodes are "Bow in gratitude" released September 2010, "A Guided Meditation to open the heart to giving" released May 2009 and "Breeeeeeeathe" released May 2007 which are still available in the archive - though each episode is a delight and a much needed reminder to take time to slow down in an otherwise non stop western society.

Now it its 6th year and approaching 100 episodes, "A Quiet Mind" is consistently in the iTunes top Religion and Spirituality podcast section having gained a loyal following of subscribers.
Posted by Unknown at 07:00 1 comments