When the excellent BBC history podcast History of the World in 100 Objects arrived at its 100th episode and discussed the 100th object, sadly, this series had to end. (feed) Sadly, because with Neil MacGregor discussing history by analyzing an object from the British Museum or any other museum, the BBC had found a formula for radio and podcast that could be applied to much more than just a 100 pieces. A new subject had to be found for Neil MacGregor to tackle with the help of Museum collections, and fortunately a new subject has been found and a very promising new series has started.

Shakespeare's Restless World has Neil MacGregor discuss the history of Shakespeare's time, by looking at objects from its period and, as with the previous series, calling in various specialists to add their knowledge to the podcast (feed). Just as the previous series, these programs are carefully edited and delivered in comprehensive 14 minute episodes. An additional feature is that the series not only looks at an object, but also has quotations from Shakespeare's work to illustrate the subject at hand. Also, as an improvement on the previous series, the object is pictured in the podcast logo of the episode, so if you have a player that displays the logo while you listen, you can even take a glance at the prop that is being discussed. The podcast is published every workday. Considering that it is not called, Shakespeare in 54 objects or some such numbered title, the makers have not limited themselves from the start to a particular length. 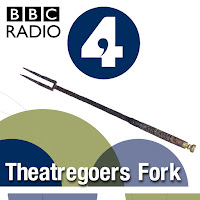 So far, we have had five issues published, four of which I have already heard. I especially liked 'Snacking through Shakespeare' that taught me what were the 16th centuries equivalent of a box of popcorn and a can of soda. In other words: what did people eat while they attended the theater in Shakespeare's time. I was surprised by how accurate this question could be answered and how varied the menu was. Next time you try to silently open your can in the theater and dread the fizzy noise, know that in the 16th century, you'd be in the same spot, but in stead of a can with a fizzy soft drink, you'd pop a bottle of fizzy ale.

More:
A reminder of the great BBC podcasts,
AHOW is back again,

Returned from hiatus: A History of the World in 100 Objects,
Indus Seal,
First AHOW Review.
Posted by Unknown at 07:46 0 comments