The denials of yesterday

UChannel podcast had yet again a lecture about the Israeli-Palestinian conflict. The speaker was Sylvain Cypel, the editor-in-chief of Le Monde and writer of the 2006 book Walled: Israeli Society at an Impasse. Cypel tries to show how this conflict is governed in the minds of the parties involved. 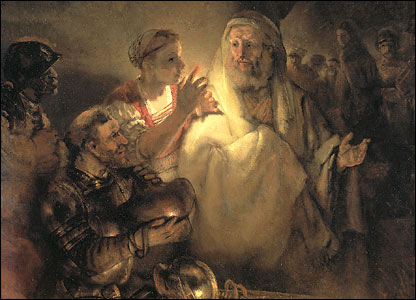 In his version, the parties live in denial. They have not yet understood and accepted the facts in which they live and this governs their perception of the conflict and attitude in the conflict. The Israelis, as Cypel sees it, live in denial regarding to their force. They are not aware of their power and relative security. They have a reflex to reach to the use of force as a means in foreign policy. They cannot accept a position other than of dominance. They keep denying that does not work and they are not so weak that they need it. Hence they fail to engage in peace policy with a refrain of force and a basis of parity.

The Palestinians, alternately, deny they need to build society. The deny their leaders have failed to do so thus far. Even if they voted Hamas as a protest against Fatah, they still do not actively seek to build society. Hence they cannot have a state and cannot become a full partner in a peace process. The outlook is very grave.

I find this view akin to what is expressed by the title (and contents) of Benny Morris's book Righteous Victims, where the bottom-line is that both side cherish their victimhood and use this to justify their policies. All of these analysis (plural) have in common that they stress how the conflict is governed by perceptions. How different narratives are fed to serve the cause. As James Sheehan days it in the podcast History of the International System, the atrocities committed in the conflict only serve to reinforce the narratives.

The only grain of hope Cypel offers is that where there is denial, there is always also some suppressed knowledge this IS denial, that facts are actually other than widely assumed. And when this is called upon, the public is relatively easily capable of making the switch. This allowed for talks with Arafat in 1993, when before, until then, the standing portrayal of Arafat for the Israelis was that of the new Hitler. But when the Oslo accords began, the public was capable of accepting that Arafat was not really a new Hitler.