Alan Johnston; out of Gaza

For four months BBC journalist Alan Johnston was held hostage in Gaza (we call it 'Aza). I was rather put off by the carnival around his release and felt it was a Hamas publicity stunt. (see blog) Nevertheless, the persona and the plight of Alan Johnston was and is very fascinating. It was very fortunate therefore, he has written a book about his experiences and was invited to talk with Jon Snow (Channel 4) and the public at the RSA. More so, that this conversation was recorded and published as a podcast episode by UChannel. 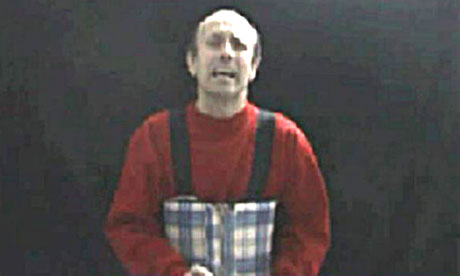 The talk turns very personal. Johnston relates how he managed to psychologically survive. How he worried about his parents. How he managed (or not) to maintain some kind of relationship with his main jailer. And about the feelings when released and about coming home. Allow me to paraphrase: I entered the kitchen. You probably enter the kitchen a million times in your life and it is the most ordinary experience, but this time I was so aware of it and so happy about it.

His words are not just about his own plight, they are also about Gaza. He claims to be one of the very very few outsiders who have actually lived in Gaza and who understand how life is over there. His sketch is grim, his outlook is pessimistic. He doesn't take sides with Fatah or Hamas or anybody else. It is a tough story and if not for Gaza, for Johnston it has a happy ending. If not complete, in any case the podcast is a delight to listen to.