I have both legal and sociological training. I usually take a sociologist's perspective on things as, apparently, that is the mode of thinking and viewing that comes to me naturally. However, I can easily switch to legal, just as I can switch between languages and that should come as no surprise. The sociological view of a profession and of training provides ample explanation: when you learn law, you do not only acquire the knowledge of the trade, you are also initiated into the trade, that is, educated in the social norms and the cognitive logic of the field. The norms are: the rule of law, due process and fair trial. 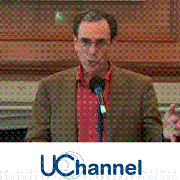 And so this is where I stand on the subject of detaining terrorism suspects indefinitely at the discretion of the administration, without the suspect ever being allowed access to one or more of the following: a charge, a process or a defense attorney. Even if you have only weakly internalized the principles of the rule of law, due process and fair trial your hairs must stand on end. If at all, any remote case can be made for this policy, it is through the bleakest utilitarianism, the mechanics of the world should be such that these draconian measures are the only means to the end. Even such is case is feeble to say the least; the means are not the only means and the chosen means are not the least intrusive means. Hence, this is such a shut case, I find it mind-boggling we need to discuss it at all.

Consequently, with Steve Wax's lecture at UChannel Podcast in which he discusses specific cases he has handled as a defense attorney in which individuals were held under these foul measures and he eventually could take the cases to court, my stand is a slightly abashed: this is an open and shut case, what is there to say? Wax uses the title Kafka Comes to America: Fighting for Justice in the War on Terror to underline this part of this sentiment. Yet, he apparently feels he must persuade the audience emotionally and embarks on a lecture that has nothing to do with Kafka or the indignation any true legalist should feel. He produces the melodramatic argument that possibly is needed for a jury and a TV audience, but lacks the sharpness of a true legal argument. This only becomes visible when the question and answer round commences and the first response from the audience is someone accusing him of murder and conspiracy against the US. Only then Wax exacts the cool refutation that was needed in the first place: the execution of state power was deemed to be in need of procedural monitoring and it is only this that I aim to enable.

If you are interested what exact excesses unmonitored state power exerts, given the chance, Wax's lecture is very instructive. If you are remotely like Kafka, or convinced a priori by the fundamental value of the rule of law, due process and fair trial and can sufficiently imagine excesses by yourself, the podcast will only be going through the motions. Even the pathetic shouter at the end is a predictable obligate.

More UChannel:
Lord Lawson and the alarmists,
Terror and Consent,
Nudge: improving decisions and behavior,
Hot, Flat and Crowded,
In 2050.