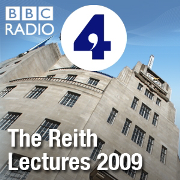 Michael Sandel speaks and will speak in three more lectures (the second was published today) about a new kind of citizenship. This is going to be about the common good and about morality in politics. Yet, as in Philosophy Bites, his entry point is to speak of Markets. The reason for this is that modern political system holds the market in great esteem. Market seems to be believed in as the best road to the common good.

Sandel disagrees. The market does not automatically serve the common good and doesn't automatically lead to good outcomes. He argues that some of the market should be held out of certain public and private spheres. He shows this with schooling, refugees, warfare, the prison system and more. The questions from the audience are a very good addition. This podcast is an exciting experience.
Posted by Unknown at 21:00 0 comments

Media revolution and the effect on power - Clay Shirky on TED

This video was recorded before the Iran elections and doesn't use it as an example. The examples are from Nigeria, the US and China, but you can think of any place else in the world. Twitter, SMS; Web2.0 is changing the world. It changed how the message is conveyed, it is changing the power of the state to control the message, it is bringing a new kind of democracy. Hopefully for the better.

The radio program KQED Forum with Michael Krasny has paid attention yesterday to the Iranian elections . Thanks to podcast, you can all hear it.

What is exciting about this cast are the presence of both specialists (Scott Peterson, Juan Cole and Abbas Milani) as well as live callers with good questions ad remarks and live updates of the protests in Teheran as they occur. I was especially impressed by Abbas Milani, director of the Iranian Studies Program at Stanford University, who gave much more background information than I had ever picked up from regular media so far, including what clear indicators there are for fraud. In the words of Milani: "They operated so clumsily, it was obvious." And then he gives a number of facts, such as the immense speed at which the results were announced.

The power of an atom bomb - Ran Levi

Dr. Sokol delivered a couple of facts about nuclear arms that are simply not spread and are probably not even considered as nuclear arms seem about the grimmest in our arsenal and are surrounded by a mindscape of hell on earth. The facts show that in actuality, a nuclear strike, though by no means small and insignificant, is far from the world's end as we tend to think.

For those who know Hebrew this is about the warmest recommendation I can give for a podcast ever. Here is everything you needed to know on the subject, especially if you live in Israel and worry about the threat from Iran. If you don't know Hebrew, at least get on the website of AFNA which contains information also in English and Russian. And find out what Dr. Sokol's comparison in the end: an atom bomb is as destructive as the 9/11 attack with additional radiation for about 48 hours. That's bad, but it is certainly not as lethal as I thought it would be.

More Making History with Ran Levi:
Robert Heinlein,
Diamond Rain and other phenomena,
Blood,
Myths and pseudo-knowledge,
What goes up, must come down.
Posted by Unknown at 06:00 0 comments