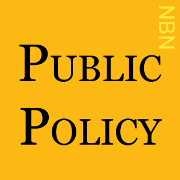 New Books in Public Policy
Stewart A. Baker, “Skating on Stilts: Why We Aren’t Stopping Tomorrow’s Terrorism”
How do government officials decide key homeland security questions? How do those decisions affect our day to day lives? In Skating on Stilts: Why We Aren’t Stopping Tomorrow’s Terrorism (Hoover Institution, 2010), Stewart Baker, a former senior official from the Department of Homeland Security, takes us behind the scenes of government homeland security decision making. Baker, who was the DHS’s first Assistant Secretary for Policy, examines some of the key security threats the US faces, and some of our greatest challenges in meeting them. While Baker has a healthy respect for the abilities of outside forces would do us harm, he also recognizes that some of our greatest challenges to providing security come from our allies, and from ourselves. In addition, while many people tune out when they hear acronyms like CFIUS of VWP, Baker shows what those acronyms mean, and their implications for our safety and security. Read all about it, and more, in Baker’s informative new book.
(review, feed)
Posted by Unknown at 19:00 0 comments

Jenny Attiyeh does in podcast what I believe podcast is fitted for most well: interviews and she does it very professionally on her podcast Thoughtcast, which, if I understand it correctly, is also being broadcast on a variety of radio stations in America. Attiyeh interviews authors from various backgrounds and speak with them about their work, their theories and thoughts and about their life. (feed)

Some of her work has recently been republished on New Books in History (feed), but for this review I got my inspiration from an interview that I picked from the long standing feed of Thoughtcast, with Rebecca Goldstein which was published in January 2010. 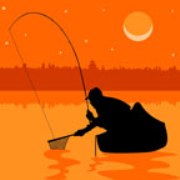 They speak around Goldstein's last novel 36 Arguments for the Existence of God: a work of fiction in which she describes the life of Azariyah a young brilliant man who is born into a community of orthodox Jews. Azariyah loses his faith in God and therefore, personally cannot stay within the community, however, he feels responsible as the rabbi and the leader of the second generation of Holocaust survivors. Admitting to his personal philosophy and thus abandoning the community, he feels, will kill it and so he stays, concealing his true insights.

As Attiyeh suggests and Goldstein acknowledges, this tragic set up has strong resemblance in Goldstein biography. She was born into a orthodox family, found out she had no faith, but broke away only after her parents had died out of s sense of responsibility. And now, she sees herself as an atheist, but one, as she points out right away with great respect and love for the religious. Further down the interview, I sense this reverence goes even further. She actually places herself below them. She feels, like Azariyah, that as an atheist, she is not proceeding with Jewishness down the generations. She still feels connected and identifies, but expresses a pessimism about her own capacity to pass this cultural identity on to her children - as opposed to those who still believe. For the record, I disagree, as Jewishness is a cultural identity, it can also be passed on by those who do not have the faith, I think, but the paradox is well taken.
Posted by Unknown at 07:00 0 comments