Poetry Off the Shelf
Pass the Mashed Potatoes
W.S. Merwin and Dara Wier on gratitude and food.
(review, feed) 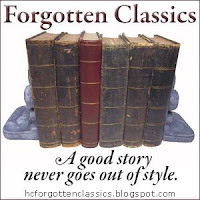 London School of Economics: Public lectures and events
How to Avoid Financial Crises in the Future
Lots of people did many stupid things for us to get into the current financial mess. Now, the government is stepping up efforts to impose stricter financial regulations to ensure that such things do not happen in future. Will more regulation work? If history is any guide, the answer is no. Over the last 100 years, we've had a financial crisis every 15-20 years. Every time one took place, the government would step in and impose more regulation - only for another crisis to occur 15-20 years later. Why is that? Costas Markides is the Robert P. Bauman Chair of Strategic Leadership at the London Business School.
(review, feed)
Posted by Unknown at 21:00 0 comments

The Roswell incident has a knack of turning up over and over again. Believers in UFO's and extraterrestrial sightings as well as government conspiracies cannot get enough of the story, but why do serious sources return to it as well, that I wonder. A few years ago I reported on Berkeley's science course Physics for future presidents, to claim to have solved the Roswell incident. Now it is the BBC to open the file again.

In Witness the program presents the son of one of the people who found debris of the alleged flying saucer. This US airman later changed his story to make it fit the official cover up, but as the son persists: the debris father had brought home did not fit the descriptions of the official statements. He and his father have over the years come up with this testimony and so the whole affair continues to be fed.

For all you believers and debunkers, listen to this issue of the podcast it sure is something to chew on.