SFFaudio
The SFFaudio Podcast #115
Scott and Jesse talk to Anne Frid de Vries of the Anne Is A Man blog for a talk about podcasts and podcasting.
(review, feed) 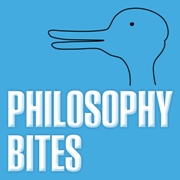 The History of Rome
You've Earned It
After two years of sporadic war, Constantius II defeated the usurper Magnentius in 353. Following his victory the Emperor let his advisors talk him into executing first Gallus in 354 and then Claudius Silvanus in 355.
(review, feed)

Russian Rulers History Podcast
Napoleon on the Run
Napoleon is chased by Alexander I all the way to Paris. The Tsar then has a change in personality causing him to reverse many of his earlier reforms.
(review, feed)

One of the key tensions in the 20th century has been the relentless advance of an international economic system running up against local, regional and national interests. States, while susceptible to hegemony, are not usually governed by anything other local sovereignty. Strong states have always had greater sway than their weaker neighbors, but in the 20th century, the way this played out was different from previous epochs in several significant ways. 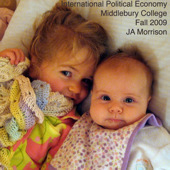 Very few available courses (in podcast form) in the internet cover this in a digestible way. From time to time, UCSD has some offerings that cover the economic aspects well, but are often a bit too technical to be easily digestible in audio form. Therefore, I want to alert podcast listeners to a very good course offered by James Morrison of Middlebury College, which covers the political economy of the international system (International Political Economy(). It is from 2009, and I didn't discover this until recently because I was looking specifically for something that covered the global economic and political developments in the 20th century, and I googled until I found something. (feed)

Dr. Morrison is quite engaging, and involves his students. In this case, it is both a good thing and not so good for the podcast listener. It is good because it is somewhat Socratic, but it is often hard to hear the students. There is considerable class discussion, because this is not a big lecture course. Dr. Morrison tries to get to know all his students, and usually calls on them by name. The syllabus, slides and even online discussions are still available on the website. I would recommend downloading the slides because they really make it easier to digest the material even if one looks at them later (in my case, I review them quickly in the evening usually after listening to the podcast).

Unfortunately, it doesn't seem like there will be podcasts from Middlebury routinely, and it isn't clear how long this one will be available, so download this series while you can.

More guest posts by Saeed Ahmed:
A podcast on climate, energy and food,
Two podcasts on the brain,
Comedy podcasts and philosophy,
John Searle, Philosophy of Mind,
Politics 114B (United States Political Thought; 1865 to the Present).
Posted by Unknown at 19:00 2 comments