The economist Amar Bhidé has recently written a book "A call for Judgment" which compares major segments of the economy where imagination and judgment rule the day with the financial sector that is marked by the excessive use of models which are increasingly centralised, distanced, and mechanistic. Bhidé would like to see the same kind of imagination and judgment (or would one have to call this common sense) to be applied in finance as it is elsewhere.

He goes as far as to call it the REAL economy as opposed to some kind of virtual or theoretic economy of the financial sector. Needlessly, this analysis is a response to the disastrous effect the crisis in the financial sector has had on the whole economy. 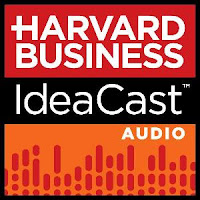 Bhidé can be heard on Harvard Business IdeaCast in August 2010 "Bringing Judgment Back to Finance" (feed) and on The Rob Kall Bottom Up Radio Show in February 2010, which reran an old phone call with him: "Amar Bhide Break Up The Fed" (feed) And he is also to be found in the 2009 archives of Econtalk, where he spoke aboput his previous book. "Bhide on Outsourcing, Uncertainty, and the Venturesome Economy." (feed, 2009 feed)

He is expected to speak at the London School of Economics in October and I would expect this lecture to appear in the LSE podcast then. (feed)

More LSE Podcast:
Quest for Meaning,
The plundered planet,
China and India,
The China Hegemony,
The myth of work.
Posted by Unknown at 06:00