History of the Parthians - Edward Dabrowa

As I wrote before I am tremendously enjoying Professor Richard Bulliet's 2008 course on the history of Iran at Columbia university. While at it, I was motivated though, to make a side step and search the realms of podcast in search for some of the names and places he brings up that I would love to find out more about. 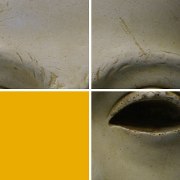 For example about the Parthians. Around lecture #8, he introduces them and makes clear what important role thy played, not only for Iran, but also for the conenction between China and the west. It is the Parthians, among others, who do the trading and transport along the Silk Route. Next to nothing is said about the Parthians in podcast. The one thing I found was a lecture by Professor Edward Dąbrowa, delivered in English at the Leopold Franzens University in Innsbruck at the Institut für Alte Geschichte und Altorientalistik. The feed for this and other lectures at the institute is completely in German, save for this one lecture by Dąbrowa.

Dąbrowa is not the most eloquent speaker and he struggles with English, but his lecture gives much insight into the history of the Parthians and the sources we have for that history. Since the Parthians did not write themselves, we have to rely on the Roman, Greek and some Chinese sources, which are invariably contemptuous. However, he points out how these can be combined with tiny other sources, with archeology and intelligent interpretation and from this he embarks on an expose of the history which neatly precedes the 9th lecture in Bulliet's series.
Posted by Unknown at 12:00