While in the middle of the series

I would like to update the regular readers of my blog, of what is going on. I used produce more reviews, so why so little these days? Part of the explanation are the holidays, which kept me occupied away from the computer on family values. Looking back, however, I can see enough listening time, I managed to put in, but none of that has become definitive. I am in the middle of going over a number of series of podcasts, none of which has given reason to make an intermittent post. So normally I am waiting for a conclusive post after the end. 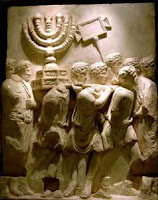 However, on two series, that are nice to follow more or less simultaneously, I would like to point out, at least, how much I enjoy them, while being in the middle. One is Berkeley's History 4A (The Ancient Mediterranean World) and the other is from Stanford and this is a lecture series by Thomas Sheehan about the historical Jesus. (To be picked up in iTunes through Stanford on iTunes U)

What both courses do for me is reorganize whatever I knew of the ancient history of the region I live in and disconnect it from the religious predisposition of my knowledge and reorder it on the basis of what is the scientific consensus as we speak. Not only by handing the facts, but also by showing the process through which we come to this history. This is particularly rewarding as it demystifies the story and delivers to me the reconstruction without all the added dogmatic meanings.
Posted by Unknown at 15:24