The Innocent - New Books in Law

It rarely makes head-lines, but when it does, the news is great and shocking: in the criminal justice system, occasionally, the innocent get convicted. Brandon Garrett wrote a book about the phenomenon: “Convicting the Innocent: Where Criminal Prosecutions Go Wrong” (Harvard UP, 2011) He studied 250 US cases where the convicted was re-trialled because evidence had come up that they were innocent. Jim von der Heydt interviewed Garrett on the new podcast from the New Books Network New Books in Law (feed). 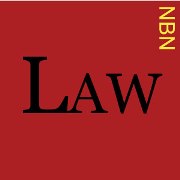 In many ways Garrett's research field is just the tip of the iceberg. Many innocent just finish their punishment and are never exempted. But with the aforementioned case-load at hand, Garrett set off to seek an answer to the gnawing question whether the legal system including its officials contain systemic traits that help convicting suspects that are actually innocent. Listen to the interview to find more out about legal constraints to repair the mistakes, the role of legal representation in these cases and obviously, the newly developed technologies for DNA evidence.

It seems to me, however, that one aspect is getting too little attention: a very large portion of convictions (maybe up to 90%) are based on the accused confessing to the crime and this suggests something that has been haunting the legal system forever and will continue to do so, also with DNA evidence: suspects tend to confess. The psychology of both the suspect and the interrogator are pulling towards confession and consequently there is a systemic tendency towards producing confessions, even false confessions. Legal psychologists have been describing this for a long time, including the interrogation techniques that can even instill false memories into the suspects. If you understand Dutch, you can hear this explained in the closing 15 minutes of an interview with the world famous expert Professor W.A. Wagenaar.