The psychology podcast Shrink Rap Radio is immensely varied. As rich as the field of psychology is in perspectives and methods and theories it is all brought to you by the host Dr. David van Nuys. The podcast is in its fourth year and still comes out regularly, about once a week. 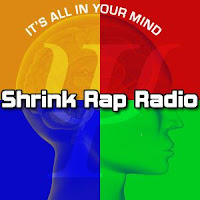 As I have written before, even though Shrink Rap Radio is one of my all time favorites in the podcasting landscape, I find it hard to keep up. So that last show I have finally finished listening to is show #180 with Nova Spivack, whereas Dr. Dave has already proceeded to publishing shows up to number 186. And the show is still getting better all the time.

At a first glance, the interview with Nova Spivack does not seem to relate to the field of psychology too much, however, we may soon find out it is extremely relevant. Dr. Dave has a knack for registering what is important and he seems to indicate, that the rapid developments in other sciences about the brain, both in the realm of neuroscience and of artificial intelligence and robotics are going to radically influence psychology in the near future. Spivack comes to speak about ideas about the brain. What it is and to what extent for example the internet is approaching the existence of a one large brain. From brain the talk spills into issues of consciousness and this becomes, indeed, a psychology podcast again.

As so many other podcasters, Dr. Dave is struggling with the financing of his show. He has been experimenting with advertising and he has been considering making a premium show. Many podcasts feature advertisements these days, but still the income hardly covers the costs of the show. I have just noted Dan Klass's Bitterest Pill that has taken the direction of the premium show, but Dr. Dave announces on his show, that is not his idea. He takes the direction Cameron Reilly (The Podcasting Network) has chosen, that of the pledge drive. Listeners are asked for their donations and in turn, David van Nuys will attempt to make the show without advertising and without premium content.

I hope this will work. I feel that maybe this approach should have more chance if a group of shows would pool together and ask for funds - I figure that is the direction of the future. Until then, if there is any show on the web that deserves the support it is asking, it is Shrink Rap Radio.