It is an age-old wisdom countries are always prepared for the last war. In the next war we will be confronted however with what new developments have revolutionized war and changed the rules of the game. The current revolution is that of robots in war. On UChannel Podcast a lecture delivered at Princeton had P.W. Singer (21st Century Defense Initiative at the Brookings Institution) address the subject. 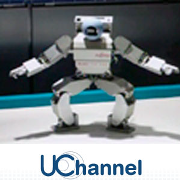 Singer emphasizes that robotics and war is not a revolution that is about to happen, it is already happening. Robots are being used in war today and he mentions many examples. He also delves into the various ways robots change the character of combat, altering the dynamics and logic of war. What also becomes clear is that robots are not going to replace humans in combat; humans and robots will be complementing each other.

Although there will still be humans on the ground, in broad terms the introduction of robots in warfare enlarge the distance between humans and the dangers of combat. It raises issues of responsibility, of more or less autonomy for the robot and of the effect in perception. If a robot makes a mistake, who will be responsible? To what extent should the robots be autonomous? What impression do the robotics make in the home-front and with the enemy? The home-front can be just as happy as uncomfortable. The enemy can be just as afraid as indignant - feeling the robots are sent by a cowardly and therefore weak opponent.

Singer is not the most engaging speaker and robotics and war not very appealing subjects for talk, certainly not in combination. However, the notion that Singer is not talking what might happen, but rather what is already reality, makes the podcast very compelling.

More UChannel Podcast:
Sudan and the fallacy of nationhood,
Against intervention,
Lakhdar Brahimi on Afghanistan and Iraq,
Europe versus Islam,
Power of Cities.